Marry your passion, don’t just dream about it

People often think that music is just a career, and when they do, they often end up failing and leaving the industry. They say the pay isn’t enough, they say the hours are too long, they say there’s too much workload, they’ll say a lot of things. So I often tell my students that they have to treat their passion as if it were their husband or wife. You don’t give up on love because it doesn’t pay enough, you don’t give up on love because it takes up too much time, you love because it makes you a better person. Here are 5 things I did to marry my passion. 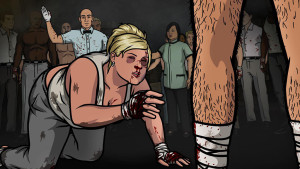 1. Be ready for the entire world to be against you.

I started my music career just like you did, probably without anybody supporting the idea. I told my family that I wanted to do music for a living and they thought that they might have to support me for the rest of my life. My dad brought my around to all his friends to give me advice, they all said to have a plan B, they all said I should do it on the side until I could make it full time. Truth be told, I was too much in love, it was a tragic Romeo and Juliet story. I was ready to die for my love of music. I couldn’t do it on the side, I couldn’t make it plan B either because that would be like telling your wife that you have another woman to tend to! I needed to commit and so I proposed to my passion, despite all odds and everything against me. I said, “Music, will you marry me?” … I think she said yes because I’m still in music 8 years later = ) If you aren’t ready to commit to your passion, you’re not ready for a career in it. You wouldn’t marry someone if you weren’t ready right? Or maybe you would haha 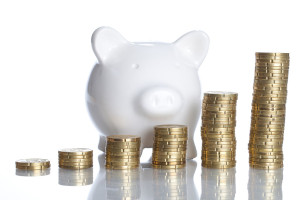 2. Invest everything you have into your new marriage.

Like every new marriage, you’ve got to invest in it. You will probably need to start saving up to buy that home, or that anniversary gift, or even to have your wedding. If you’re serious about passion, you have to invest into it. I can’t make a number 1 hit on a 10 dollar mic and pirated music software. Writing songs was like having babies. Everything I earned went into my songs. This is what my purchases roughly looked like as I saved enough money to buy everything. I’ll convert them to steps in my marriage ; )

Total: $46,730 It took me about 4 years to purchase all of this (there are other things I didn’t include but you get the idea). Only after all these purchases did my career really get started. Believe it or not, but I had to spend even more further down the line. But that’s ok because…

3. Money can’t buy happiness, but it sure makes your marriage smoother!

So it seems I had spent quite a bit on my marriage, but would you spend any less on the love of your life? Also, there is no point spending money if it doesn’t make your marriage better! Make sure you know what your marriage needs and purchase accordingly. I made every penny of those investments give me a return higher than I had invested. When I got paid up front I would buy new gear to give my clients a better end product, and they always came back for more. Through those purchases and experiences I’ve been able to write songs that millions of people around the world can hear and I’ve been able to create business opportunities that generates huge profit for the music companies I worked for. If you don’t invest in your marriage, who will? And if people see how badly your treat your wife, who’s going to work with you? Believe in yourself, because if you can’t, no one will believe in you. 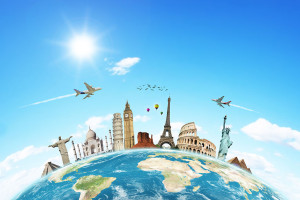 4. Travel with your wife. She might not want to live where you grew up.

I grew up loving Chinese, Japanese, and Korean music… but I grew up in Canada. I tried to create an industry for Asian music in the west, but it just didn’t work. I realized I had married music that was from the east, and she wanted to go home. So I packed my bags and travelled Asia to learn about the music industry here. I went to China, Malaysia, Singapore, Hong Kong, Taiwan, and more. I immediately fell in love with Asia and the music I’ve always loved. I signed a publishing deal in Taiwan and began writing for Taiwanese pop. Eventually my publisher hired me to work full-time in Singapore to set up a regional business and to continue writing songs. I now write for AVEX in Japan/Korea, Touch Music in Taiwan/China/Singapore/HK, and Sony ATV. So if you love Taiwan pop, go to Taiwan…if you love K-pop, go to Korea… go where your love takes you, just don’t forget you need steps 1-3 before you get to step 4!! 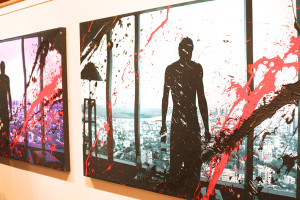 5. Nobody will ever understand your marriage, and they don’t need to.

No one is ever going to understand what you really do in the music industry. Till this day my entire family does not know how to describe what I do for a living or how I even make a living. Till this day people still think I need a real job and think I have fun all day long. They have no idea how much hard work and sacrifice went into my career… and none of that even matters to me. I didn’t fall in love with music because of other people, I fell in love with it because it made me a better person. It made me someone greater, smarter, happier, funnier, wiser, and it gave me a way to make a good living. I was able to create music that touched the hearts of millions through this marriage. I created new revenue streams for the companies that represented great musicians so they could continue to keep working on music. This marriage not only made me better, but it made the world around me better. So stop dreaming about your passion, you either truly love it or you don’t. Love isn’t just happiness, it includes sacrifice, suffering, heartache, but it is the most rewarding thing to do with your life. So commit to something, marry what you truly love = )